In this chapter we will try to find the closest pair of points among a given set of points in X-Y plane using Sweep Line Technique and efficient O(logn + R) Range Search query.

In the diagram below, the pair of points in red is the closest pair among all the pairs present. 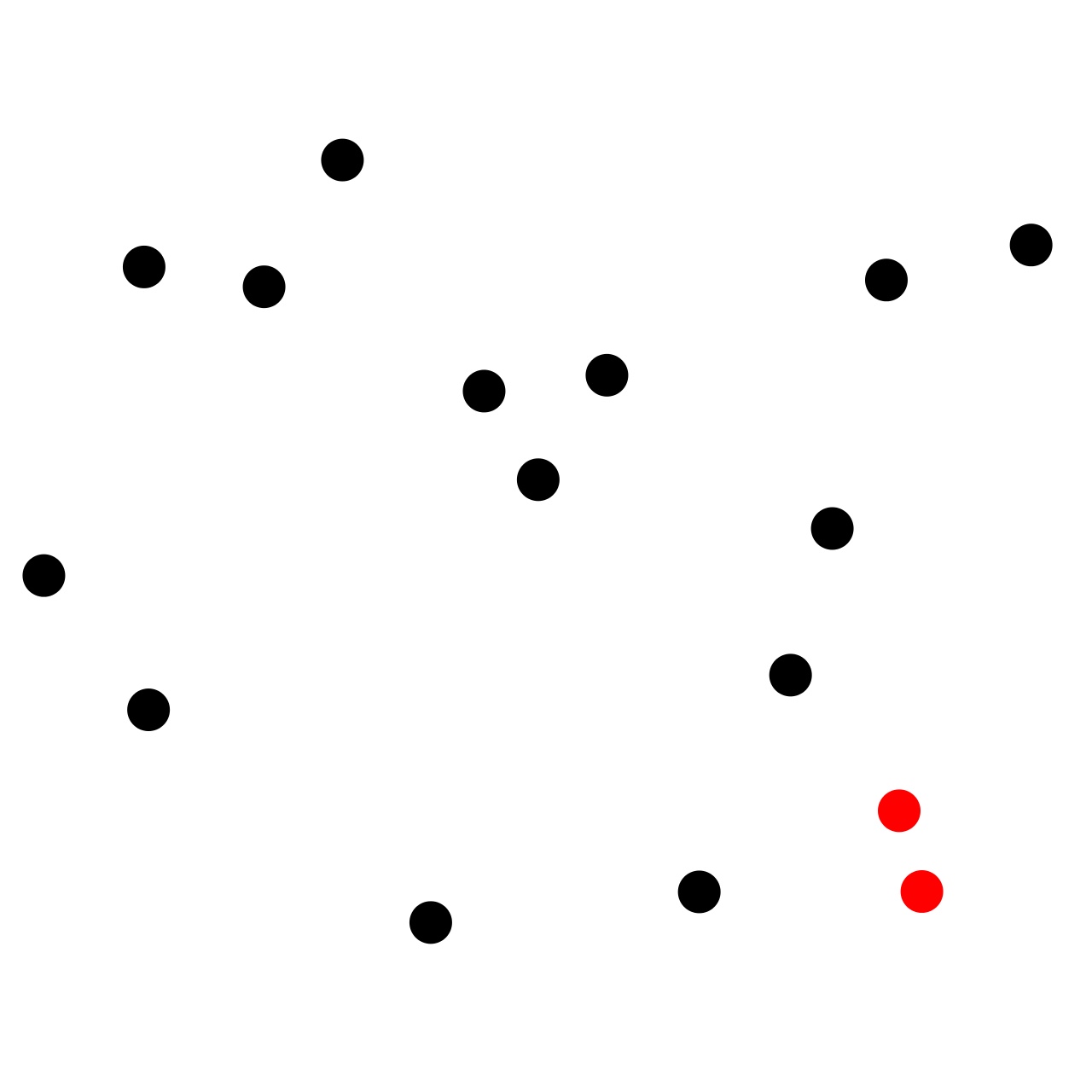 Because we would be processing the points on the right anyway (as we iterate from left to right), so no use of processing them twice.

While processing a point, after we have gotten points on left which are less than d1 x-distance and d1 y-distance away from the current point, how many points there can be be in this group of points/events of interest ? d1 = minimum distance between two points found till processing the previous point 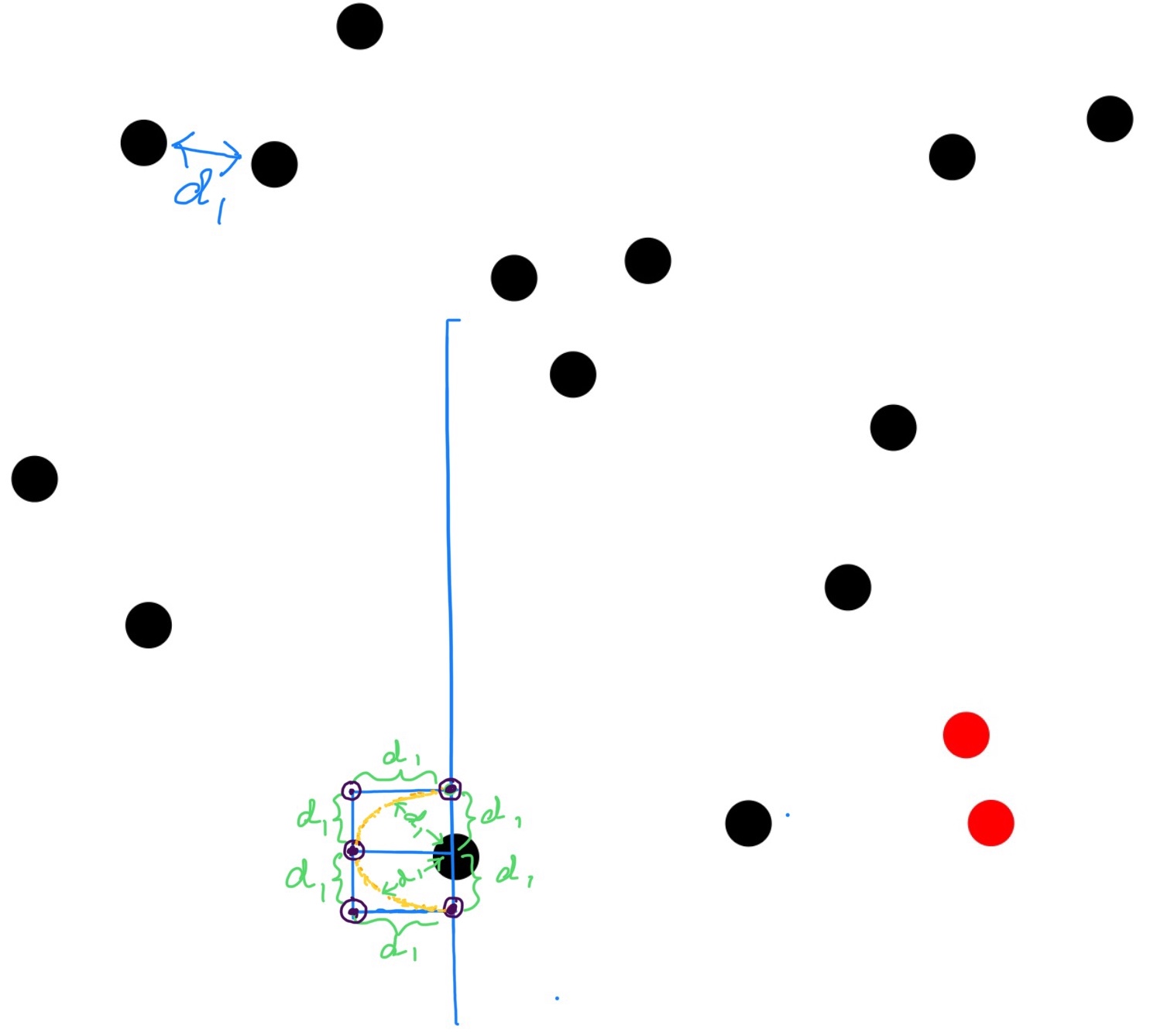 How do we compute distance between two points ?

And lastly, we often find that naive approaches perform better for less number of data points than the optimized one. Optimized algorithm performs outstandingly for large number of data points. This problem is not an exception. The naive algorithm, where for every point we compute distance with all other points to compute closest pair, which is a O(n2) algorithm where n = total number of given points.

I have discussed all the implementation logic in details in the inline comments in the code below: