I would highly recommend you to read the prerequisite chapters mentioned above first, if you haven't done so, to have a better and easy understanding of the contents discussed in this chapter.

Iterative (without using concept of Threaded Binary Tree) and Recursive approach of Binary Tree Traversal takes O(n) space in the worst case scenario when the tree is skewed or chained. Morris Preorder Traversal reduces the space complexity to O(1) by using the concept of Threaded Binary Tree which states that use the null left and/or right child pointer of the leaf nodes to add extra information to optimize space complexity. 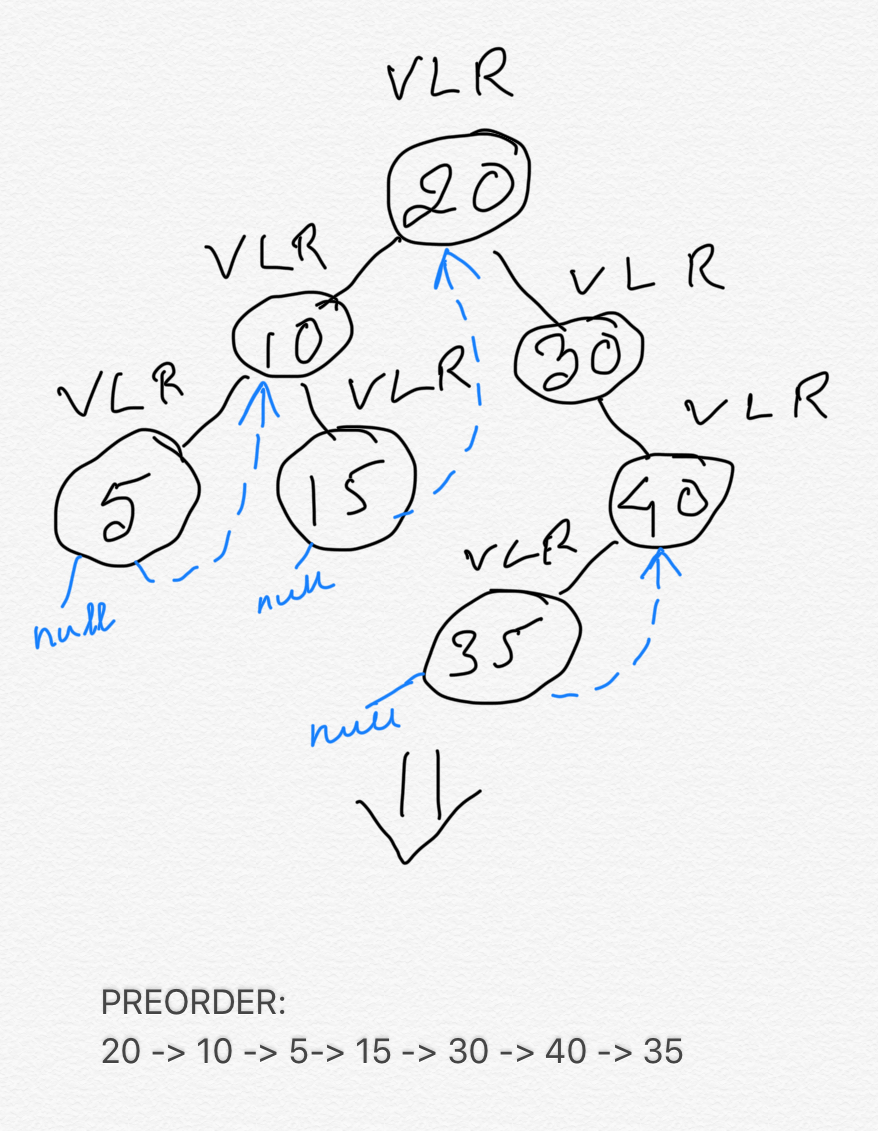 Please subscribe to access the complete working solution.
After subscribing please come back and refresh this page.

O(1), no extra space for traversal.

O(2n) i.e, O(n). Note in this solution we are visiting the non-leaf nodes twice, which is NOT the case in the first solution.